As with their rums, Mount Gay only permits those that have been properly matured. 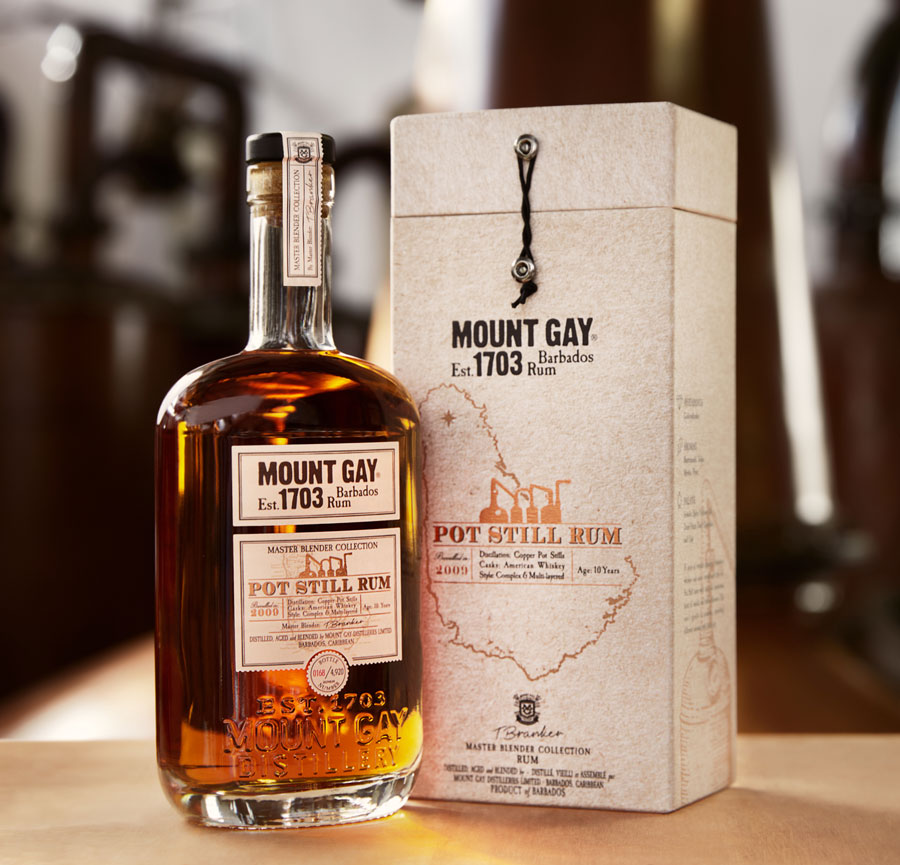 Paying Homage to an Original Tradition

This year's limited edition, crafted by Master Blender Trudiann Branker, using only rums distilled in our double retort pot stills celebrates the way Mount Gay originally made rum for about 200 years. From our distillery’s inception in 1703 until the early 1900s when a full copper Coffey column was introduced, Mount Gay was a rum made purely in pot stills. Limited to 4,920 bottles, the result is a beautiful rum reminiscent of the past. Golden amber in the glass with notes of butterscotch, toffee, mocha and plum waft through the air when nosing the liquid. On the palate, the liquid is initially spicy, followed up by rich, dried fruits, dark chocolate and oak.

Warm butterscotch interlaced with rich mocha and toffee with underlying notes of plum.

A brilliant golden amber hue and legs that cascade slowly down the glass when swirled.